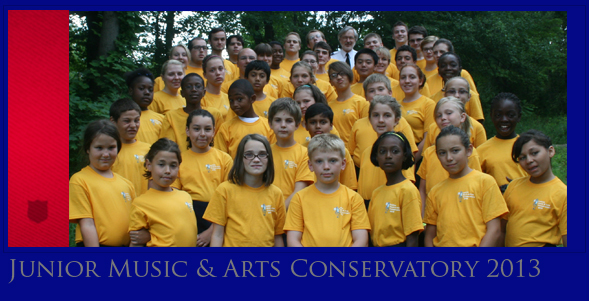 On Wednesday July 24, 27 campers, aged 9 to 12, came to the Ai-Yuk-Pa Village at beautiful Camp Ladore for seven full days of music and much more at Pendel Junior Conservatory.  Each camper selected a major tracks, either band, piano, guitar, or dance, and participated in Junior Conservatory Chorus.

Each day, students received a private lesson on their instrument, theory class, sight singing group, and time to practice on their own. New for this summer, the “practicum” period allowed students to really master what they were learning in private lessons and in their major class.

The Bible studies this year were taken from a book called “Amazing Science Devotions” which took science principles and related them to promises that are found in the Bible.  It was a very hands-on way to explore some of what the Bible has to say.

The Lord directs the steps of the godly.He delights in every detail of their lives. Though they stumble, they will never fall, for the Lord holds them by the hand.

We talked about God’s invisible, yet guiding hand, and illustrated this by using a magnet to pull paper clips around a poster board.
Junior Conservatory was joined again for its last few days by the Summer Brass team, under the leadership of Derek Lance. They not only played a great concert for us, but also taught lessons to every single camper at the conservatory.

The Finale concert included six items each from the band including “Come into His Presence,” “God is So Good” and “Total Praise.”  The chorus also sang six songs including “All About It,” “Come Join our Army,” and “Nets of Love.”   The dance majors performed a moving dance to “Praise You in the Storm.”  The piano and guitar majors each presented solos on their instrument, among them “Tarantella” and “Minuet in G.”

At the conclusion of the concert, students were recognized for completing MAP (Music Arts Proficiency) levels in either brass, voice, or theory.  Many of our students made significant progress during the Junior Conservatory week.  Campers and staff alike were blessed to have had this opportunity to involve so many young people in learning and teaching music at lovely Camp Ladore!