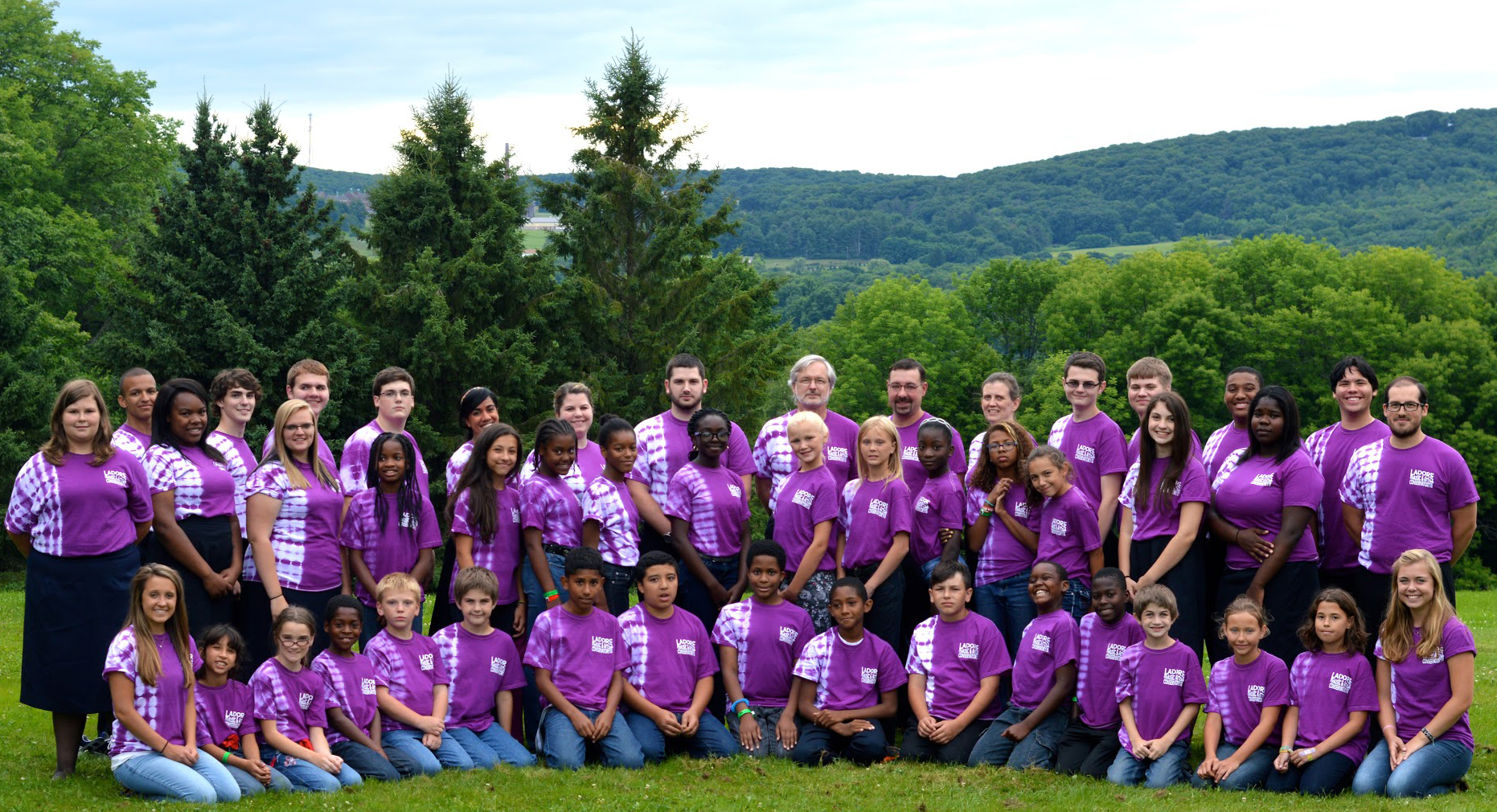 The summer music program at Camp Ladore concluded with a seven-day Junior Music & Arts Conservatory where nine- to twelve-year-olds developed their musical and artistic skills, grew spiritually, and made friends.

The campers arrived full of energy and were eager to learn! Each day started with small-group Bible studies, based on the life of David. Through familiar Bible stories (such as David and Goliath), and the not-so-familiar (such as David and Mephibosheth), the campers applied the lessons to their lives today.

Every young person chose band, piano, or dance as a major, as well as participated in theory class, sight-singing class, and the Junior Conservatory chorus. In daily private instrumental lessons, they each received technique instruction and were prepared to present an item at the Solo Recital.

The week culminated with a concert at Ladore Lodge for lodge guests, family, corps officers, and friends. Each piano student played a solo item. The dance majors presented an upbeat number to “Alive” by Kim Walker Smith. The chorus, led by Laura Fyn, sang a wide variety of music. Salvation Army repertoire included “Good Soldiers”(Davies), “With All My Heart”(Anderson), and “Insignificant to Incredible” (Dalrymple). The chorus also sang “ABCs of Praise”(Williams) from a contemporary Christian children’s musical and “Happy” (Williams), a Hollywood cartoon favorite. The band, led by Lisa Collier and Dr. Harold Burgmayer, performed long-time favorites Laudes Domini (Ditmer), Break Thou the Bread of Life (Redhead), and Faith of our Fathers (Bulla), as well as a recent composition, Give Me Jesus (Gates).  The concert ended with a rousing, knee-slapping rendition of Come and Hear (Burgmayer). Despite a rigorous rehearsal schedule, campers still had time to enjoy recreational activities such as swimming, hayrides, hiking to the waterfalls, and boating.  Each summer, returning and new campers come together to make friends, experience great music, and get to know God on a deeper level.  The musical and spiritual growth in these young people year after year is immeasurable. From Junior Conservatory, many of them go on to attend Senior Conservatory, and some even become Junior Music Interns. A few eventually become Senior Staff after graduating high school.