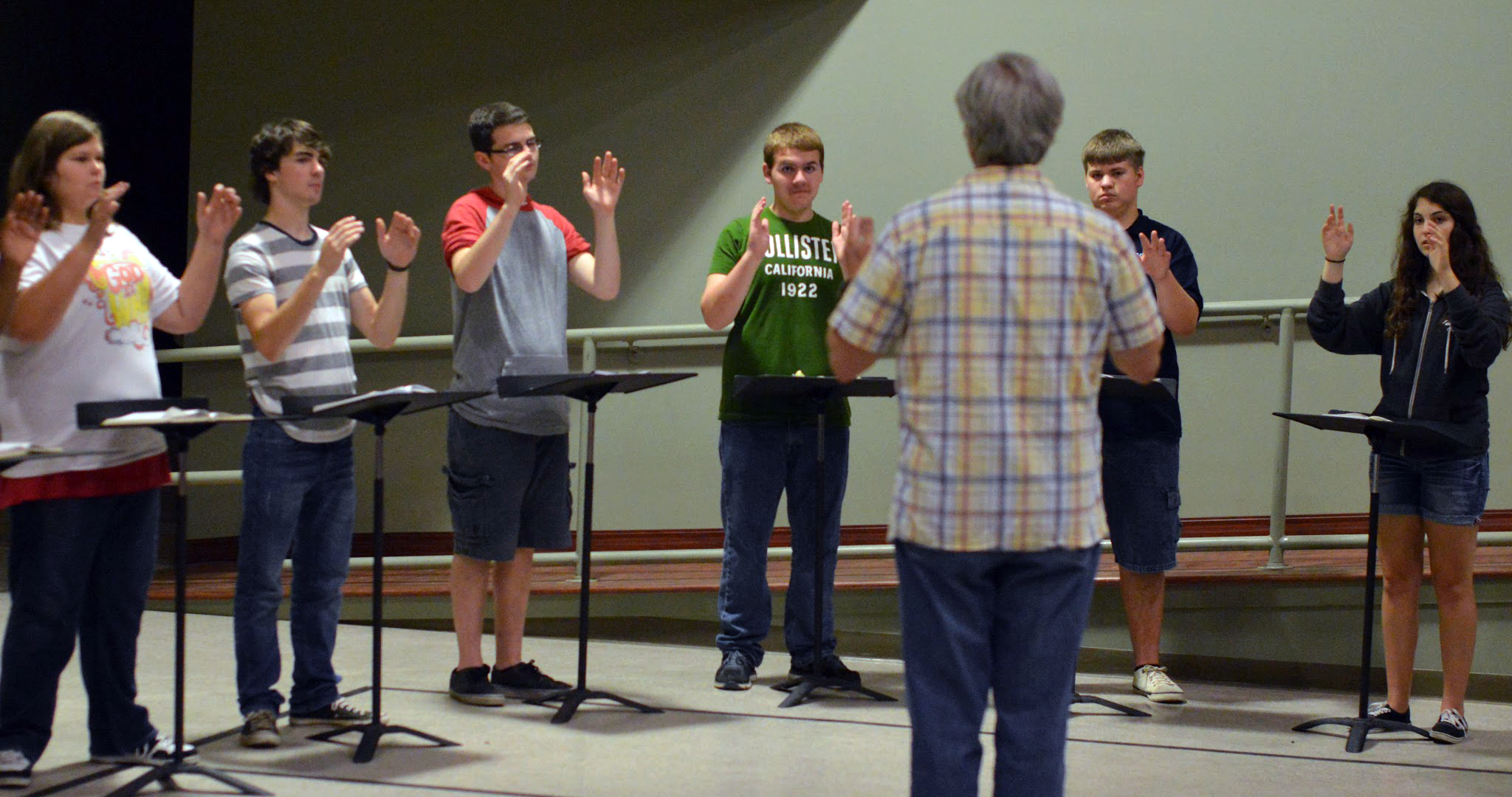 We started our summer ’14 camp season in June with twenty staff.  For two weeks prior to the beginning of Senior Conservatory each of these staff were exposed to a variety of teaching techniques.   Topics included “teacher talk,” spiritual gifts, learning styles, the MAP program, rehearsal preparation, and lesson planning.  We were privileged to have guest lecturers, including Cathy Hayes, Beckie Dina, and Ronda Atwater for several of these sessions.

The goal of the orientation is to better equip all staff.  As the Senior Conservatory camp began, our focus moved to the outstanding junior staff of ten.  The goal is that after participating as campers in Senior Conservatory, the Junior Music Interns would begin to use these teaching skills at Ladore Musicamp,  Junior Conservatory, and  then be prepared to extend their gifts in their corps.  We hope to see new singing companies, dance teams, youth bands, and new children being brought into the corps through these young people and their work in music and arts!

The junior staff continued to have several sessions during the camping periods that were directed at specific music leadership skills, such as leading a singing company, a songster group, score preparation and conducting.   After a refresher in beat patterns and basic conducting given by Adam Fyn we split into two groups, first year staff and returning.  Laura Fyn worked with the first year staff on different techniques for leading a singing company.  Aaron Harris worked with the returning staff and focused on leading songster groups, which culminated in rehearsal preparation and presentation with the Senior Conservatory Chorus.

During Junior Conservatory the Junior Music Interns met daily with Harold Burgmayer, learning to do harmonic and score analysis, as well as continuing to develop their conducting skills. Some junior music interns (and a few senior staff) were given the opportunity to apply what they learned and lead the Junior Conservatory chorus and band.  The Junior Music Interns are being joined by other youth music and arts leaders to meet monthly to discuss their roles as leaders. The goal is to hone our musical and leadership knowledge and skills, aiming to be more effective as leaders in our individual corps.